Texas has always known severe weather. In fact, water officials in Texas correctly point out that Texas is in constant drought interrupted by infrequent flood events.  The "Texas Miracle" of rapid population and economic growth have made the state more susceptible than ever to adverse effects and economic losses due to water shortages. The end of the recent historic four-year drought, with 2011 being recorded as the driest year of record, resulted in several regional planning areas having to adjust their planning water supply availability.  Texas continues to rely on surface water that in some basins is overallocated and highly susceptible to drought and by mining groundwater sources in most areas of the state beyond recharge capabilities. 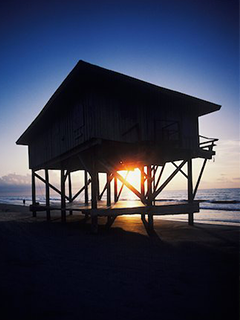 The 2017 State Water Plan predicts that Texas will require an additional 8.9 million acre-feet per year, or about 7,940 million gallons per day, of water supply by 2070. Therefore, the plan predicts that more than one third of the state’s population may face a municipal water shortage of more than 50 percent of their projected demand by 2070. As a result, state officials are envisioning plans for greater use of alternative water supplies like aquifer storage and recovery, seawater desalination, increased reuse of wastewater and desalination of abundant inland brackish water supplies.

​Texas, Like Most All Other Western States, Offers Unique Water Opportunities

Get the latest news